The graph below shows 140 annual density plots [1836-1975]. Each density plots represent the distribution of U.S. cities based on the average number of inventors on a patent in a city that given year. Overlaying these distributions helps us to see changes over time.

Eyeballing this graph, at least two interesting trends arise. First, the average number of inventors on a patents in cities seems to be increasing over time. This is indicated by greater densities on the right hand side of the graph. Second, the distribution seems to spread out a bit more in later time periods. This suggests there is increasing variation between U.S. cities in terms of inventor collaboration.

Indeed, these are just a couple of simple observations and need to be examined more in-depth. However, the variation between cities and over time is highly encouraging and motivating to me.

What drives these differences between cities? Why do some cities produce patents with greater team-sizes? What can explain the greater spread in the distribution over time? 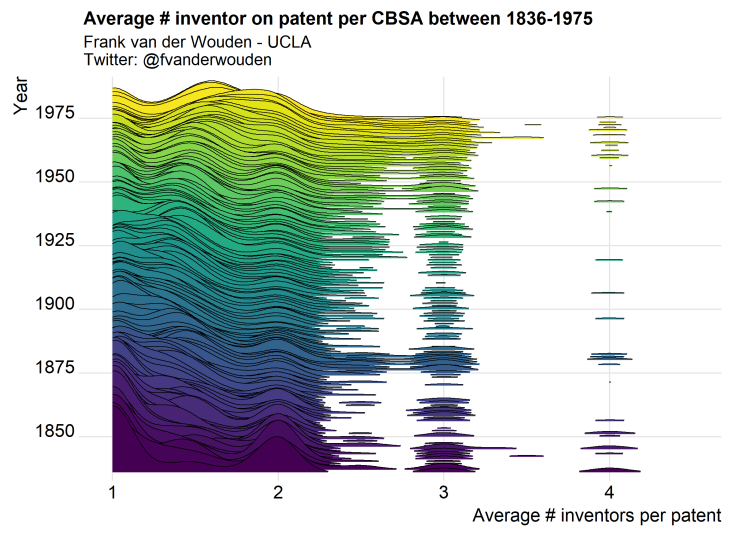